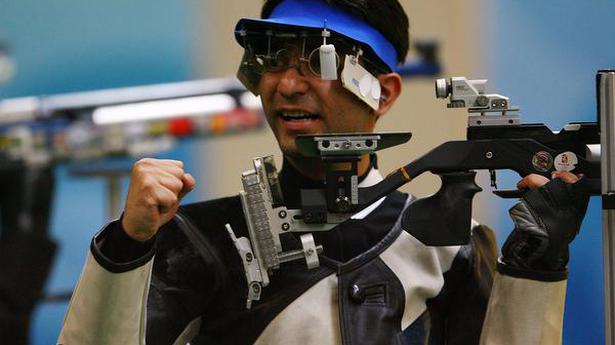 It was the unquenchable desire to excel, a systematic approach and the military discipline that fired Rajyavardhan Singh Rathore to the silver medal in the 2004 Athens Olympics.

With the nation having gained the confidence of reaching the Olympic podium after the bronze by tennis ace Leander Paes (Atlanta, 1996) and weightlifter Karnam Malleswari (Sydney, 2000), Rathore helped India take a bigger leap of faith with his prowess in double trap.

An unstable wooden flooring had robbed air rifle shooter Abhinav Bindra of a medal in Athens. Rathore had said then that Abhinav would be a World champion one day.

Abhinav, who became a World champion in 2006 in Zagreb, beat defending champion Zhu Qinan in his backyard for the gold in the Beijing Olympics in 2008.

The Athens experience had helped Abhinav to be detached about the result, and prepare to be the best. A misaligned rifle before the final could have shaken the hardest of competitors, but Abhinav tuned it in no time to deliver 10 best shots that helped him overcome a two-point deficit before the final!

Two medals had given hopes of a bright future. However, it was not to be in Rio, in 2016. India drew a blank in shooting. Abhinav missed a medal by 0.1 point. Jitu Rai made the air pistol final and narrowly missed the free pistol final. Gurpreet Singh missed the rapid fire final after placing seventh. Mairaj Ahmad Khan missed the skeet final in the shoot-off.

These would have been deemed great performances in a different era. But Indian shooting had set exacting standards to be excited about such results.

It is time to revisit the glorious past, and enhance the glory in Tokyo.