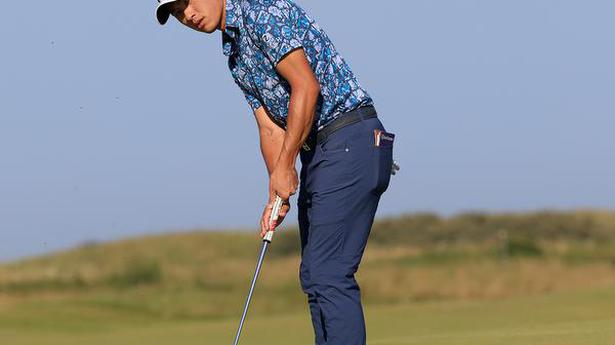 In a year of firsts in the Majors, Collin Morikawa might have topped them all.

His performance over four days at the British Open was unlike anything seen at Royal St. George’s.

He played with the confidence of a Major champion, which he is from his PGA Championship title last year. “When you make history — and I’m 24 years old — it’s hard to grasp,” Morikawa said.

The silver claret jug in his possession as he stood on the 18th green, Morikawa first paid tribute to Matthias Schmid of Germany, who won the silver medal as low amateur. “It feels like literally two years ago I was an amateur,” Morikawa told him. That is entirely literal.

Two years ago, the ink was barely dry on his diploma from the University of California. He has won two of the eight Majors he has played since then. The last player to win two professional Majors in so few attempts was Bobby Jones nearly a century ago.

The Major season began with Hideki Matsuyama becoming the first Japanese player to win the Masters. Phil Mickelson became the first player at age 50 to win a Major at the PGA Championship. No one had ever birdied the last two holes at the US Open to win by one shot until Jon Rahm at Torrey Pines.

And then along came Morikawa, as pure an iron player as there is in the game today, making his own brand of history. He is the first to win two Majors that he played for the first time.

Just under a year ago in his first time playing the only Major restricted to pros, he won the PGA Championship at Harding Park.

And then he won the British Open on his debut with a four-under 66 to finish at 265, the second-lowest score in the history of golf’s oldest Major.

Morikawa has moved to World No. 3. In his 52 individual events since he turned pro, his five victories include two Majors and a World Golf Championship. He is leading the points list on the PGA Tour and European Tour. He is atop the Ryder Cup standings.

His status is better defined by the company he now keeps.