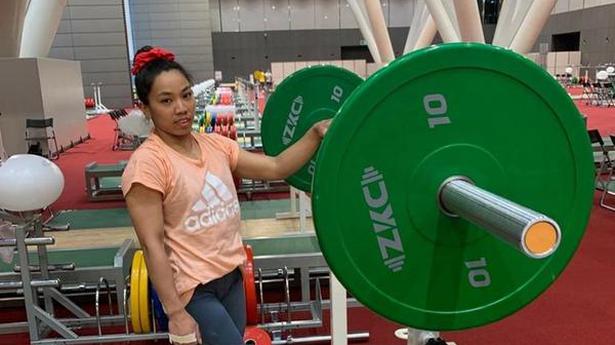 The diminutive 26-year-old, who came into prominence by securing the silver medal in 48kg with a total of 170kg at the 2014 Commonwealth Games, experienced ignominy in Rio as she recorded three ‘no lifts’ in clean and jerk following an 82kg effort in snatch.

However, Mirabai bounced back to win the World title with an aggregate of 194kg in 2017 and improved her total (196kg) to take the 2018 Commonwealth Games gold in Gold Coast.

A lower back pain snatched away nearly a year from Mirabai, but the gritty lifter fought back to register 201kg in the revamped 49kg in the World championships in 2019. She bettered it (203kg) at the Nationals at Kolkata in 2020.

Mirabai raised the bar further by aggregating 205kg, including a clean and jerk world record of 119kg, in the Asian championships in Tashkent this year.

Notwithstanding the absence of North Korean Ri Song Gum, the second-ranked Mirabai is expected to be challenged by some rivals, including Hou Zhihui (China), Jourdan Elizabeth Dela Cruz (USA), and Beatriz Candelario (Dominican Republic).

Mirabai, who has increased her performance by 35kg in the last seven years, is considered a strong medal prospect.

She has been working on her snatch performance in order to give India its second weightlifting medal after 21 years.