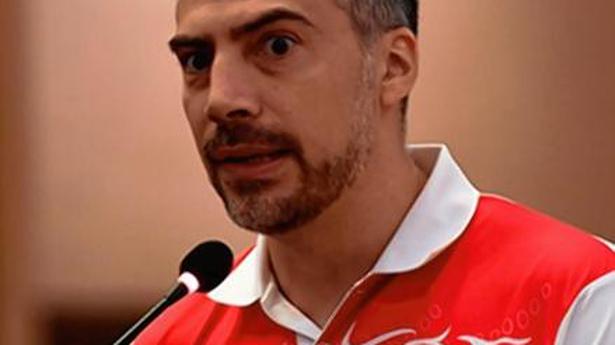 The Tokyo Olympics-bound Indian boxers will look to gain some valuable sparring experience during their final exposure tour to Italy over the next few weeks.

Eight of the nine Olympics-qualified boxers — including Amit Panghal (52kg) and Vikas Krishan (69kg) among men and Simranjit Kaur (60kg) and Lovlina Borgohain (69kg) among women — and eight other elite pugilists of the country will be part of the trip to Assisi till July 10.

The camp assumes significance as boxers from at least six other countries, including Italy, Columbia, Dominican Republic, Venezuela, Ecuador and France, are expected to take part.

“The idea is to get some good sparring. Facing different national sparring styles and different opponents is important. We get good sparring in India, but the boxers know each other well. It’s not the same when you go out and spar with others from different countries,” high performance director Santiago Nieva told The Hindu on Friday hours before the squad’s departure to Italy.

In the run-up to the Olympics, Nieva said, “the focus is on how to be more effective, more aggressive and add more power on the punches”.

“Different situations require different solutions and you have to be quick to find out what suits you better. There are different intelligence levels and the best way to explain a point to someone is to show it to him on the video.”

According to Nieva, Manish Kaushik (63kg) and Satish Kumar (+91kg) have got back to training after recovering from COVID-19.

Nieva expressed satisfaction over the Indian boxers’ exposure tours amid the pandemic. “Compared to other countries and bearing in mind the current situation, we are in a good position,” he said.