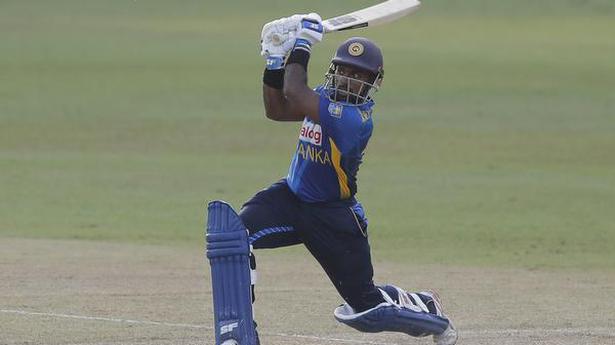 Leg-spinner Yuzvendra Chahal led India’s decent effort with the ball as a self-destructing Sri Lanka posted 275 for nine in the second ODI here on Tuesday.

Pretty much like the series opener, most of the Sri Lankan batsmen got starts but failed to capitalise after the hosts opted to bat.

Avishka Fernando (50 off 71) and Charith Asalanka (65 off 68) struck fine half-centuries but the home team wasn’t disciplined enough to post an imposing total.

Chamika Karunaratne (44 not out off 33) came up with another timely cameo to take the team past 270.

Chahal (3/50) was the pick of the bowlers while pacers Deepak Chahar (2/53) and Bhuvneshwar Kumar (3/54) too got wickets primarily due to profligacy of the home team batsmen.

The momentum shifted India’s way drastically after Chahal removed Minod and Bhanuka Rajapaksa off successive balls in the 14th over. In Minod’s case, it was a soft dismissal as the well-set southpaw charged down the wicket and flicked an eventual full toss straight to Manish Pandey at mid-wicket.

The next one from Chahal was a beauty which held its line to a take faint outside edge of Rajapaksa’s bat and wicketkeeper Ishan Kishan managed to clutch onto the catch.

Sri Lanka, who are among the worst performing teams in the middle overs, struggled again in the crucial stage of the game. They took 97 balls to take find their next boundary after the eight over.

Asalanka and skipper Dasun Shanaka tried to resurrect the innings but their 38-run stand ended with the captain falling to a flatter one from Chahal.

Chahar took his second wicket with a perfect knuckle ball that crashed through Wanindu Hasaranga’s defences.

Asalanka played some bold strokes alongside Karunaratne to give the innings some impetus towards the end.

Asalanka got to his maiden fifty with a lofted boundary over extra cover off Kuldeep Yadav before sweeping the left-arm wrist spinner for another four in the same over.

The pitch aided India’s spinners like the first game.

Bhuvneshar kept things tight but bowled at a slower pacer than usual.

Considering the form India’s young batsmen displayed in the series opener, it could be another comfortable run chase for the visitors.