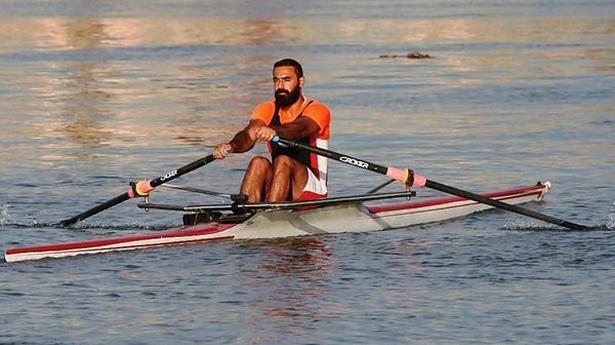 For the four Iraqi athletes who have made it to Tokyo, there is no realistic talk of medals. Having overcome war, politics and pandemic, their dream is simply to participate.

Right up to November of last year, when a new national Olympic chief was elected Iraq’s very participation in the Games was in doubt.

Despite the loss of state financial support and the difficulties of travelling to qualifying events during the coronavirus pandemic, two Iraqi hopefuls managed to qualify for Tokyo.

Rower Mohammed Ryadh, 27, will take part in the men’s single sculls for the second Games in a row.

But he has no illusions about his medal chances after his French coach of the past nine years, Vincent Tassery, was prevented by restrictions linked to the pandemic from travelling to Baghdad.

To date, Iraq has won just a single Olympic medal — a silver for weightlifting in Rome in 1960.

Sprinter Dana Hussein, 35, left it to mid-June to claim her women’s 200 metres berth with a qualifying time of 22.51 seconds with a gold in the pan-Arab athletics championship in Tunis.

Two other Iraqis were handed wildcard slots after coming close to their qualifying scores — 400 metre specialist Taha Hussein and shooter Fatima Abbas. The four make up Iraq’s smallest squad of Olympians since London in 1948.