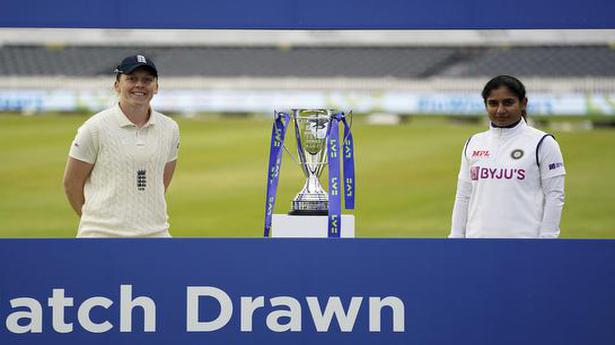 The great escape to draw on Saturday at Bristol is the latest chapter in the fascinating, and increasingly popular, story of Indian women’s cricket.

Here was a team, with five debutants, playing its first Test in seven years against a far more experienced host. Here was a team staring at defeat, following on and just 75 runs ahead; only two wickets in hand and plenty of overs to bat out with two debutants at the crease.

Sneh Rana and Taniya Bhatia between them had lasted 22 balls in the first innings. So England must have been hoping to get the last two Indian wickets quickly.

In no mood to oblige

Sneh and Taniya, however, were in no mood to oblige. They blunted, tormented and attacked the formidable England line-up, as they stayed firm for more than 30 overs. Their unbroken 104-run stand for the ninth wicket gave India a draw that captured the imagination of cricket lovers.

So much so, Sneh was trending on Twitter. The unbeaten 80 wasn’t her only contribution; she had taken four wickets with her off-spin in the England innings. She was making a comeback to international cricket after five years; and two months ago she had lost her father.

Sneh, though, is only one of the success stories for India from Bristol. There is Shafali Verma, the 17-year-old who scored 96 and 63. She had been thought of so much as a T20 specialist that she wasn’t even given an ODI cap.

It was remarkable how the likes of Shafali and Taniya —– the 23-year-old wicketkeeper known for her smart stumpings — adapted to the demands of a Test match despite playing little or no red-ball cricket. Multi-day cricket is a rarity on India’s domestic circuit. As for Tests, before Bristol, the Indian women had played in only three in the last 15 years.

And none of those matches — India won all of them — had attracted as much attention. The women’s game had begun to be noticed in India after the 2017 World Cup, in which India had reached the final.

India’s heroics and the exciting cricket on all the four days would surely have won new followers for the women’s game. There is a pink-ball Test to come later in the year in Australia.

Captain Mithali Raj and her girls want to play more Tests. Certainly not at a rate of one in seven years.