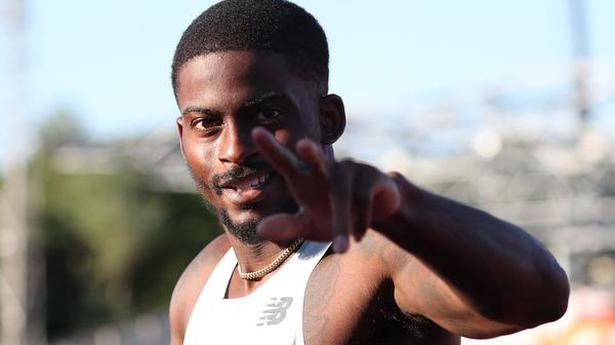 US sprinter Trayvon Bromell won the men’s 100m at the British Grand Prix here on Tuesday as Olympic champion Elaine Thompson-Herah took the honours in the women’s 200m.

Bromell, the fastest man in the world this year, won in 9.98 seconds, with Britain’s Chijindu Ujah second in 10.10 at the Diamond League event.

It was a welcome return to form for Bromell, 26, who has a fastest time of 9.77 in 2021 but trailed home in fifth place at the Monaco Diamond League meeting on Friday.

Jamaica’s Thompson-Herah, who won gold in the 100m and 200m at the 2016 Olympics, triumphed in the 200m in 22.43, with British world champion Dina Asher-Smith absent due to a tight hamstring.

The event was without a host of stars but dozens of British athletes were competing before flying to Tokyo.