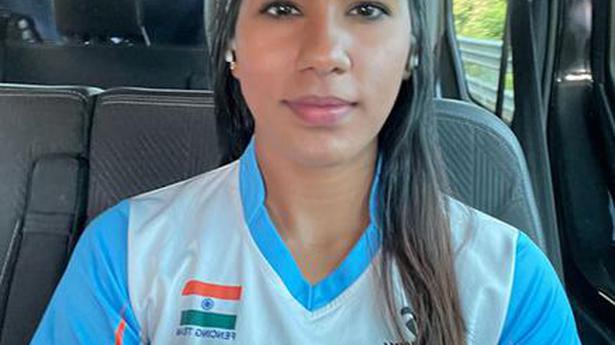 Bhavani Devi is a trailblazer in Indian fencing. As the first-ever Indian in the sport to make it to the Tokyo Olympics, the 27-year-old’s name will be etched in the annals of Indian fencing. However, there is no guarantee for success in Tokyo.

With a world ranking of 42, Bhavani will have a mountain to climb at the Games.

Bhavani rose through the world rankings mainly after a good performance in the World championships in 2019 in Budapest. She entered the round of 16, the first-ever Indian fencer to achieve the feat.

She defeated two quality opponents — Tunisia’s Azza Besbes (ranked 61 then) in the first round and a higher-ranked Canada’s Gabriella Page (ranked 36 then) in the round of 32.

She lost a close battle (15-14) to Bianca Pascu of Romania in the pre-quarterfinals. After the Worlds, Bhavani jumped 23 places to be ranked 44. There are enough world-class fencers who will light up the Makuhari Messe Hall in Tokyo from July 26.

Yana Egorian of Russia, the 2016 Rio Olympics gold medallist, who has slipped to 23 in world rankings, Ukraine’s Olga Kharlan, the reigning World champion and World No. 1 Sofya Velikaya of Russia, a two-time Olympics silver medallist (2012 & 2016) and Mariel Zagunis, gold medallist in the 2004 and 2009 Games, have all done quite well in the season gone by.

If Bhavani is able to get past two opponents, it will probably will be a big achievement for her.