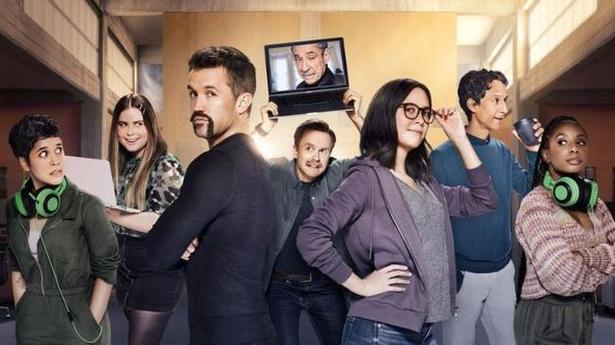 The second season of Rob McElhenney-starrer ‘Mythic Quest: Raven’s Banquet’ reminds us why we should embrace our insecurities and what it means to like the people we work with

You can’t have a show like Mythic Quest: Raven’s Banquet and not expect quality character-based comedy. But the cast do a great job of keeping the storylines and the personas they play as personable and relatable as possible. The best part? You don’t have to know a speck of video games to fall in love with this one, because, no, it is not ‘The Office but with video games.’

The series follows Ian Wright (Rob McElhenney), a creative director at a gaming studio that has developed a successful open-world role-playing game Mythic Quest: Raven’s Banquet (MQRB), and his – as he puts it – ‘minions’ and their lives in and out of the office. Season three should be no less than a blast.

While season one established much of the characters’ dynamics and insecurities, the second season dives into how they return to work after a year of quarantine and their growth as a company and as individuals.

The season one finale saw Poppy’s promotion to co-creative director, so season two follows the fascinating partnership between Poppy and Ian as they plan for an expansion pack for Mythic Quest: Raven’s Banquet. This storyline is a microcosm for all sorts of professional partnerships where both parties jockey for power. Of course, Poppy and Ian’s partnership shells out plenty of laughs but the moments of vulnerability are humanising and feel very close-to-home.

Brad’s arc is fascinating. Does he go through a redemption arc where he realises money is not everything? Of course not, that is not realistic at all. But he does come to terms with his own insecurities when his jovial brother Zack (Parvesh Cheena) makes an appearance. Audiences see a new facet to Pudi’s acting range while connecting more with Brad.

I appreciate how Rachel and Dana’s relationship is not their individual storylines’ focal points. As Dana starts to think about her future beyond a tester and as a game designer, Rachel grapples with her own as well. Burch (who is set to return as Alloy in the video game Horizon Forbidden West) successfully puts across the nuances of the industry she works in, while Hakim impresses with Dana’s journey of confidence. The show’s approach to a queer relationship is respectable and progressive and audiences will love watching this love story progress. Plus, we get to see Dana and Rachel in a mocap studio for a goat-themed video game that is sure to bring on some chuckles.

A show like MQRB does not waste the talent of F Murray Abraham. The sixth episode of the season is a flashback detailing Longbottom’s rise to writing stardom, heartbreak, career regrets and more. A young CW is played by Josh Brener but when the series switches back to Abraham, it is seamless. This episode is a must-watch; it is tear-jerking and extremely relatable.

Working from home myself for over a year now, I couldn’t help but vicariously live through the in-office dynamics in the show, whether it’s shared lunches, awkward moments over ‘too much information’ or even just the welcome silence accentuated by mouse clicks, a CPU fan and keyboard taps. MQRB created a world of people making their office space a home away from home and why the bottom line is still important, even to creatives. Staying motivated is not easy and MQRB tackles this intelligently and comically, whether it is Poppy struggling to come up with an expansion for the main game or a younger CW unsure of his writing future.

Megan Ganz, Charlie Day and Rob McElhenney sure know how to lead a quality show with mindful measures of heart, soul, laughs and weird – the proof is in Mythic Quest: Raven’s Banquet’s pudding. And the show does little to show effort in its success.

‘In The Heights’ movie review: Glorious and irresistible 3 min read

‘In The Heights’ movie review: Glorious and irresistible

‘Ted Lasso’ Season 2 review: Putting the pack before you