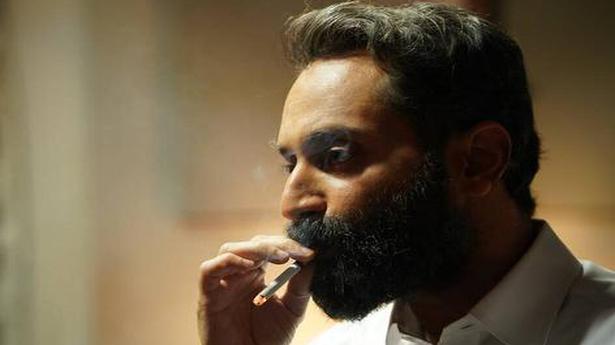 When the end credits of some films roll up, we wonder how little we know about the protagonist, other than probably the person’s external appearance. Malik’s opening sequence, stretched over an uninterrupted ten minutes, exists in a diametrically opposite world, where establishing the character and painting his various hues before the narrative takes off, is paramount.

In those frenetic opening minutes, when Ahammadali Sulaiman (Fahadh Faasil) is preparing to leave for his Hajj pilgrimage, we get hints of his chequered past, the tone of his relationships with his family as well as some powerful people, his stature as a revered and feared leader of the local Muslim population, and finally, his uncertain future. That character sketch is so arresting that we almost don’t pay attention to the fact that the shot was uninterrupted — which is how good cinematography should be — unobtrusive and non-gimmicky.

After the immensely successful Take Off and C U Soon, writer and director Mahesh Narayanan ups the game in his third outing Malik, with a multi-layered narrative weaved around a manufactured conflict between two communities, which leads to much bloodshed. The central conflict here hinges around Sulaiman aka Ali Ikka, who is arrested from the airport for an old terrorism-related charge. The police wants him eliminated, for there is much bad blood between him and the force, but it is easier said that done.

The writer certainly has drawn elements from a riot and police shootings, which happened on the Kerala coast some years back, although the film does not claim to be a real-life narrative. Rather, the film has more similarities to traditional gangster narratives, and recent films like Vetrimaaran’s Vada Chennai, with its portrayal of the relatively innocent days of the protagonists, the slow shift into the sale of smuggled goods, the natural animosities that are created in this line of business, and the betrayals that follow. The resultant predictability coming from this familiar structure though, does not mar the experience much.

Malik is also a story of the evolving relationships between the local communities in the adjacent coastal villages of Ramadapally and Edavathura, and the colourful characters who populate these shores. Almost all of them get interesting character arcs, be it Ali’s wife Roseline (Nimisha Sajayan), her brother and Ali’s friend-turned-foe David (Vinay Forrt) or Abu (Dileesh Pothan), who transforms from an affable local smuggler to a scheming politician. Though Ali towers over the local population, he is hardly ever larger-than-life; we are aware of his frailties and get a feeling that he could fall.

The script subtly looks at how extremists as well as power-hungry elements in every religion try to create and widen fissures with other communities and pour oil into simmering tensions, all for their own narrow benefits. At the same time, the script takes special care in separating Ali from these elements, despite his violent past. It seems to create a thin veneer of justification for his acts being in the larger interests of the people, rather than for his own purpose. Some other convenient takes, like blaming the police for almost the entire bloodshed, stops the film just short of soaring high.

Malik is envisioned and executed as a mass entertainer on a larger scale (and for a larger screen), with Sanu Varghese’s camera and Sushin Shyam’s background score taking it up a few notches. Ultimately, Mahesh Narayanan is here stay, irrespective of whether the scale or screen is large or small.