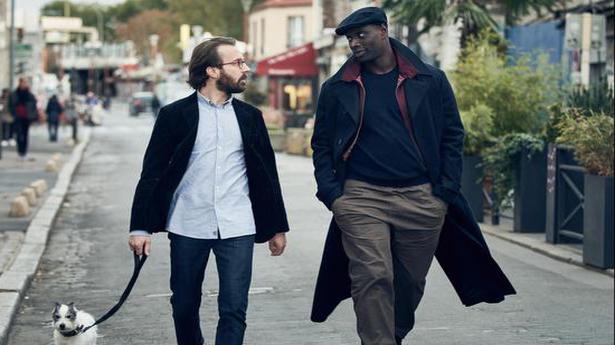 Everything in the show sparkles with good taste, and the thrills come thick and fast to set up a much-awaited next season

While we do not know how much stereotyping is going on, the sight of all these good-looking, French men with their designer stubble and smart jackets, and the chic women with their lovely chignons and haute couture, is such a sight for sore eyes in these dreadfully unsettling times. And oh Paris! Again while we all bristle at Taj Mahal being the single visual signifier for India, the City of Lights with the lovely gothic buildings looks jaw-droppingly delicious.

Season 2 of Lupin picks up where the finale of season 1, stops—with the kidnapping of Assane Diop’s (Omar Sy) son, Raoul (Etan Simon). Assane was introduced to Maurice Leblanc’s Arsène Lupin, by his father Babakar (Fargass Assandé) and in turn introduces Raoul to the gentleman thief. Immigrants from Senegal, Babakar works as a chauffeur for a business tycoon, Hubert Pellegrini (Hervé Pierre). He is accused of stealing a valuable necklace from Pellegrini and commits suicide in jail.

Inspired by Lupin, Assane is a master of disguise and a refined criminal, in the tradition of all the preternaturally intelligent, suave knaves that populate popular culture. Convinced that his father was innocent, and that Pellegrini had a hand in the accusation, Assane makes it his life’s work to clear his father’s name.

His ex-girlfriend and Raoul’s mum, Claire, (Ludivine Sagnier) has decided to move on unable to come to terms with Assane’s choices. Assane’s school friend, Benjamin, (Antoine Gouy) is his closest associate. The second season sees the return of all the characters including, Pellegrini’s wife, Anne (Nicole Garcia) and daughter (Clotilde Hesme). J’accuse, the slain journalist Fabienne’s dog, who Assane adopts, also makes an appearance barking angrily every time Pellegrini’s name is mentioned.

The police commissioner Dumont, (Vincent Garanger) who has a lot to lose if the truth were to come out, Captain Romain Laugier, (Vincent Londez) in charge of the necklace case, detective Belkacem (Shirine Boutella) and Guedira (Soufiane Guerrab) the Lupin fan, who Assane communicates with are doing what they can to help or hinder the case.

Like season one, the show switches between the present and the past, to show the experiences and people that made Assane the man he is now. Mamadou Haidara makes for a charming young Assane. Apart from switching between the past and present, there is also going back and forth in the immediate past to see how the different parts of the plot to catch Pellegrini are put together. It is not annoying like The Serpent was—there is a jolly ‘Aha!’ moment when we see how to all fits together.

Assane and Ben recruit Philippe Courbet (Stefan Crepon) to put one over the clever (but not too clever) Pellegrini. They recruit him in a library by stalking the shelves of Arsène Lupin books; cannot imagine Toretto recruiting his fast and furious crew in a library now, can you?

There is nothing grimy in the show with everything sparkling with good taste, including Assane and Ben’s safe house. Paris with all its art, museums and buildings seems like the perfect place for a heist. In the second season, right from the heart-stopping car chase in the first episode, missing the thundering train by a whisker, to the grand concert in the final one, the thrills come thick and fast. Now to wait for season three and more glorious fun.