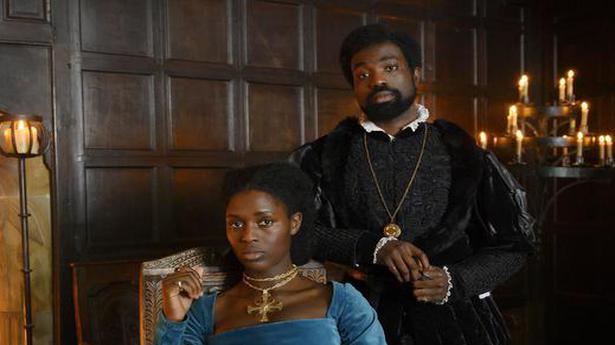 Jodie Turner-Smith’s talent is wasted in a tale has provided inspiration for countless learned treatises as well as popular books, plays, movies and television shows

Anne Boleyn, the second wife of Henry VIII, and mother of Queen Elizabeth I, is a key figure in history and popular culture. It was to marry Anne that Henry sought to dissolve his marriage to Catharine of Aragorn, which caused the rift with the church. Though she was only married to Henry for three years and beheaded at the age of 35, her influence has been far-reaching. Her short, doomed life has provided inspiration for countless learned treatises as well as popular books, plays, movies and television shows.

Jodie Turner-Smith’s Anne is the latest in a roster that contains some of the biggest names in the marquee, including Vanessa Redgrave (A Man for All Seasons), Geneviève Bujold (Anne of the Thousand Days), Helena Bonham Carter (Henry VIII), Natalie Dormer (The Tudors), Natalie Portman (The Other Boleyn Girl) and Claire Foy (Wolf Hall).

The colour-blind casting in Anne Boleyn does not serve much purpose, as creator and writer Eve Hedderwick Turner has created uni-dimensional characters. There is no sign of Anne’s razor-sharp intelligence or wide-ranging interests. She is presented as irrational, heeding dreams and omens, scheming and possessive.

Henry (Mark Stanley) is presented as foolish and contrary with no agency. Cromwell (Barry Ward) is devious and penny-pinching, which all of us who worship at the altar of Hillary Mantel, know is not true. Paapa Essiedu who broke our hearts as Kwame in I May Destroy You does not have much to do as Anne’s brother, George Boleyn.

It would have been interesting to team the casting with a revisionist look at history. What if Anne convinced Henry a girl is as good as a boy and had Elizabeth named the heir? Jane Seymour (Lola Petticrew) would have remained Anne’s maid of honour and probably would have sought a rapprochement between Princess Mary (Aoife Hinds) and Anne with help from the ambassador Chapuys (Phoenix Di Sebastiani).

Instead, we are left with a bland historical, not offering any great insight to a fascinating period in history or the men and women who peopled it. Better to watch The Tudors where Jonathan Rhys Meyers plays a dashing Henry VIII, and Henry Cavill makes for a dishy Charles Brandon.