Akshay Kumar is all set with his next titled, ‘Raksha Bandhan’. The actor dedicated the film to his real life sister Alka as he starts shooting for the movie.
Check out his Tweet here:

Growing up my sister, Alka was my first friend. It was the most effortless friendship.@aanandlrai’s #RakshaBandhan… https://t.co/b8LwaXFbwR

Taking to the micro-blogging site, Akshay shared a picture of his himself with Aanand L Rai from the sets of the film. Dressed in a yellow kurta and grey trousers, the actor is seen engaged in a conversation with the filmmaker. Along with the photo, Akshay wrote, ‘Growing up my sister, Alka was my first friend. It was the most effortless friendship. @aanandlrai ‘s #RakshaBandhan is a dedication to her and a celebration of that special bond Heart suit. Day one of shoot today, need your love and best wishes Folded hands. @bhumipednekar #AlkaHiranandani.’

Check out the poster here: 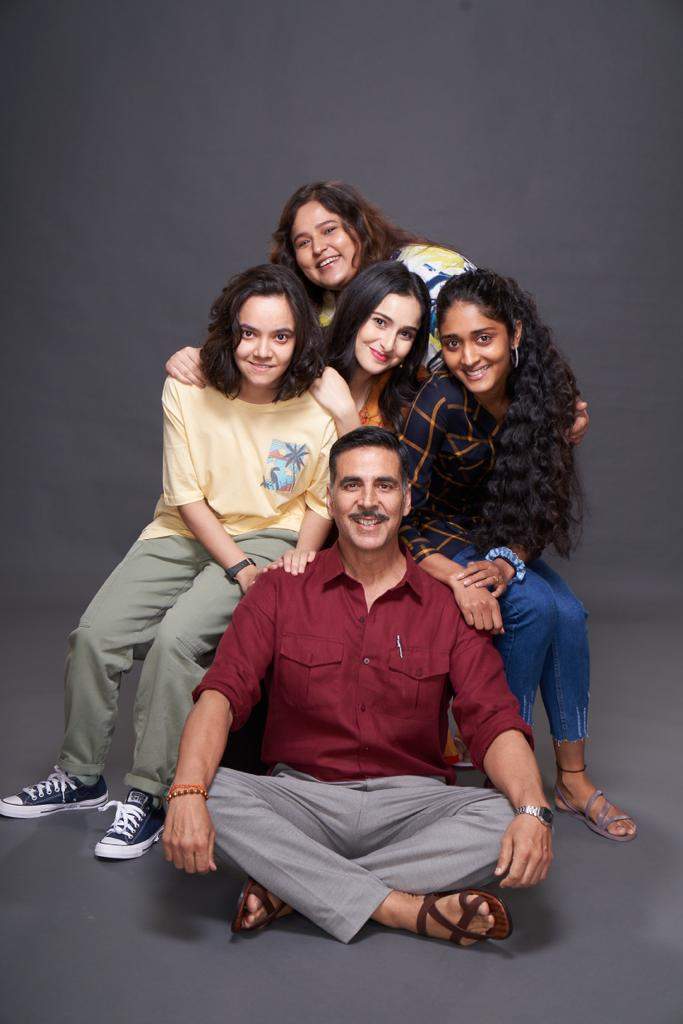 Meanwhile, on the work front, Akshay is awaiting the release of his film, ‘Bell Bottom’. The movie also stars Vaani Kapoor, Huma Qureshi and Lara Dutta in lead roles. It is all set to hit the theatres on July 27 this year.

Akshay also has ‘Bachchan Pandey’ co-starring Kriti Sanon and Arshad Warsi in lead roles. He is also a part of ‘Ram Setu’ where he will be seen sharing the screen space with Jacqueline Fernandez and Nushrratt Bharuccha in lead roles.

‘Raksha Bandhan’ will be Akshay’s second outing with Aanand L Rai after ‘Atrangi Re’. The film stars Sara Ali Khan and Dhanush in lead roles. The release date of the film is yet to be unveiled by the filmmaker.
Source